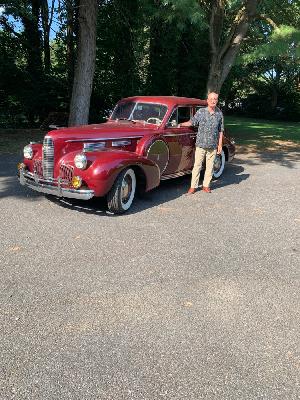 Please Sponsor Me for the Southeastern Pennsylvania Walk4Hearing

This year I want to raise money differently for the 2021 Walk4Hearing. Usually, I explain the importance of fundraising and how much it has benefitted people with hearing loss and you have all responded splendidly with your generosity.

A dear friend Ed Paschall died recently at the age of 75 and like me, had a lifelong, severe hearing loss. Despite learning difficulties, Ed managed to cope with his hearing loss well and had many friends that he could count on. I’ve known Ed as a child as he was one of the very few people I’ve ever known with hearing loss. It was Ed who persuaded me to join a newly created chapter for the hearing loss in 1999 as he was one of the founders. I resisted initially as I was so mainstreamed and did not feel the need. Once I attended a meeting, I was hooked and have been active since. Ed was a terrific fundraiser and obtained thousands of dollars over the years for the annual Walk4Hearing. He had consistently been one of the top fundraisers nationally.

I want to attribute all money raised on my behalf in Ed Paschall’s name because a generous benefactor will match 100% of all funds raised during the month of September. You can write a check written out to PA Walk4Hearing and mail it to me at 126 Cedarcroft Rd, Kennett Square, PA 19348. Or If you wish to use a credit card, then go to https://www.walk4hearing.org/site/TR/Teamraiser/PennsylvaniaWalk?team_id=50060&pg=team&fr_id=2703

Thank you for your continued support.